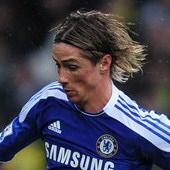 Norwich City kept their first Premier League clean sheet of the season as they held Chelsea to a 0-0 draw at Carrow Road.

A fine defensive performance, combined with another nightmare outing by Fernando Torres, helped Paul Lambert’s side frustrate the visitors.

It might have been three points rather than one for Norwich, but Mark Clattenburg missed what looked a clear handball by Raul Meireles at the edge of the Chelsea box.

Andre Villas-Boas chose not to hand new signing Gary Cahill a debut, and could not even find room on his bench for the former Bolton man.