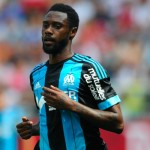 The Cameroon international star is off contract in June and decided to run down his contract. OM are willing to sell Nkoulou next month.

The defender has been linked with Chelsea and Arsenal, where manager Arsene Wenger is a confirmed fan.

La Provence says the latest approaches have come from Norwich and Lazio.

Nkoulou, it is claimed, would prefer to run down his deal rather than leave in January.