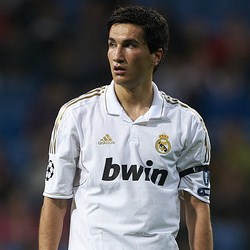 Interesting transfer news are out and it has been reported that Real Madrid midfielder Nuri Sahin is under consideration at Manchester United.

It is said that Sir Alex Ferguson considered a bid for former Borussia Dortmund star Sahin last summer before he chose Real.

The United boss admits he is seeking some creativity for his midfield and TMW says the Turkey international is back on his radar.

Real are keen to find a buyer for Sahin, valuing the Turk at €10 million.