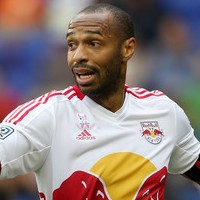 Reports are out claiming that New York Red Bulls soccer chief Andy Roxburgh has not shut the door on Thierry Henry re-signing for Arsenal on-loan.

Roxburgh is prepared to leave the door open to the option.

He told the New York Post: “It could be that something that can be helpful. The player has been injured and they need to come back in a competitive arena. It’s possible.