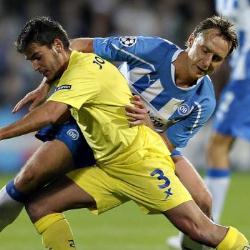 The second legs will be played next Tuesday and Wednesday with the aggregate winners of the 10 playoff ties going into the lucrative Champions League group stage.