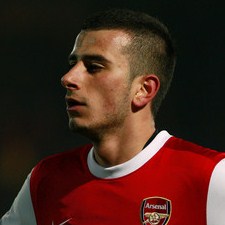 Oguzhan Ozyakup has admitted that he enjoyed his Arsenal debut in the Carling Cup win over Shrewsbury.

The 19 year old Dutch midfielder made his first appearance for Arsène Wenger’s senior team in the Carling Cup win over Shrewsbury.

The youngster, who wears no.53 for the Gunners wasted little time and made an immediate impact, setting up Yossi Benayoun for the tie-clinching goal within moments of coming on.

Ozyakup told Arsenal.com : “I think it went quite well because when I came on I got an assist straight away for Benayoun,”.

“Before I came on the boss told me to defend well but the first thing I did was go forward and that came out as an assist!

“I think it was Kieran Gibbs who came forward and tried to put me in – I could have gone one-on-one with the goalkeeper but the ball got cut off.

“On the second ball Chambo [Alex Oxlade-Chamberlain] put me in and tried to cross it but he blocked it. The second time I turned around and the ball was in front of me so I passed to Yossi and he finished it.

“I worked for this for three years, I came here in 2008 and left everything back home,” he added.

“That is what I worked for and I was really pleased that I could make my debut because my parents were in the stadium as well so I was very happy.”

I Could Not Say No To Signing Mesut Ozil – Arsene Wenger