Arsenal striker Olivier Giroud has declared that he is up for tomorrow’s FA Cup final against Hull City. 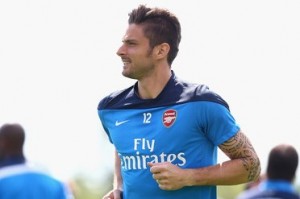 “Maybe because it’s a final there is always a bit more pressure,” he told Arsenal Player.

“But I’m used to having [pressure] on my shoulders and I’m OK with the pressure and I like it. I want to transform it into motivation and determination.

“We know what we have to do to win this cup and we all focus on the same targets and the same goal. We really want it.

“We feel really excited because the final is a special moment for a player and especially for the club and for the fans as well. We have been waiting for a trophy for nine years now so we really want to win it for all the Gunners.” New Signings Will Give Arsenal A Lift – Jack Wilshere