Olivier Giroud insists that there is no need for panic after Arsenal’s Champions League defeat to Borussia Dortmund. 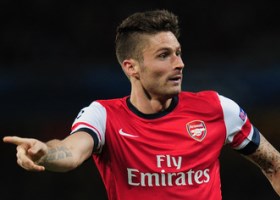 It is said that the French international striker, who scored a first-half equaliser for the Gunners was disappointed with the result, but he expects a positive response against Crystal Palace on Saturday.

The 27 year old told arsenal.com : “We did well in the first half and came back into the game after a bad start,”.

“After the first half Dortmund were not as good, maybe tired, and we were really close to scoring a second one. But they kept going and scored on the counter-attack. It’s a shame because we could have done much better.

“We finished the game better than them and that’s why I’m really disappointed because if we couldn’t win the game, we didn’t have to lose it – maybe draw. In the Champions League it’s like that, about the details.