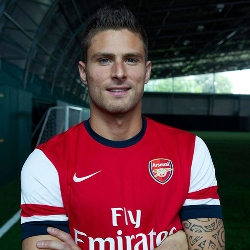 The former Montpellier striker completed his move to the Gunners yesterday.

“Why did I choose Arsenal rather than Chelsea? Because it is a club I love. And I thought it would be easier for my adaptation [to English football],” he told L’Equipe.

“Arsenal is a great club, the facilities are wonderful, but I feel it is a club that takes big care before signing a player, notably considering human values.

“There are French players. There is also Arsene Wenger who let me understand he really wanted me.

“Chelsea is very nice, it is a great club, but I am not convinced Di Matteo knows who I am.”

Jose Mourinho Confident Of Bringing The Best Out Of Fernando Torres