It has been revealed that Olivier Giroud has urged Arsenal to splash the cash in the remaining weeks of the summer market. 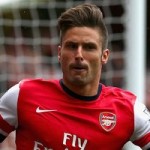 Due to the lack of options at the club, he has now urged his boss to sign a striker – possibly high profile – to help him share the goalscoring burden.

Giroud, speaking to Le Parisien, said: “In my opinion, it’s necessary for the club to recruit another striker.

“Obviously, I think about it a little bit. It may change the play one day, especially if it’s a high profile signing.

“It’s useless lamenting this though. I know what I have to do and what I’m capable of. I’m focusing on me and my work. The coach is counting on me, so I don’t think too much.”