It has been reported that Arsenal boss Arsene Wenger has taunted Manchester United by insisting Robin van Persie will always be a Gunner. 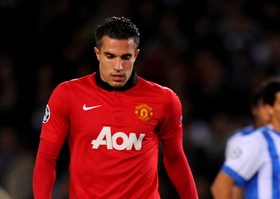 The Dutch international striker left the Emirates Stadium in August 2012 when he was sold reluctantly by the club to United for £24million, going on to score 26 goals as Sir Alex Ferguson’s men delivered the title.

“Of course it’s strange because for me he is an Arsenal man,” said Gunners manager Wenger.

“I took him when he was a very, very young player. We have gone together through very difficult periods and he became a world-class player and for me he is an Arsenal player.”

“Robin van Persie had been convinced by the Dutch coach who was at Manchester United, (so) that played a big part,” Wenger said.

“It is the head-to-head talks I had with Van Persie many, many times that convinced me that I had to sell him.”

Wenger refused to be drawn on whether Van Persie, who was desperate to win silverware, might now regret his decision to leave as Arsenal look set for an overdue sustained title challenge.

“Only Robin van Persie can tell you that. I’m not in the position to do that,” Wenger said.

“I think in the end I had to decide ‘Do I do it or not?’ knowing I will get huge criticism for doing it.

“But I just decided because at the end of the day I felt it was the best thing to do.”