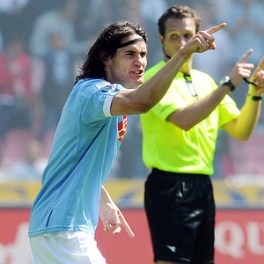 The start of the Serie A season this weekend was postponed on Friday after the Italian Players’ Union (AIC) called a strike after failing to reach agreement with clubs over a new deal over players’ rights.

The Lega Serie A, representing Italy’s 20 top flight clubs, refused to agree to a last-minute proposal from the AIC to sign a one-season deal to avert strike action, prompting the postponement of Saturday and Sunday’s fixtures.