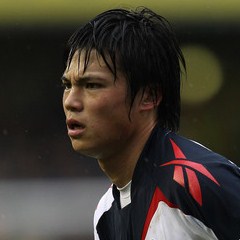 Bolton Wanderers boss Owen Coyle was impressed with the performance of on-loan Arsenal winger Ryo Miyaichi in their FA Cup victory over Millwall.

The Japanese teenager starred in a comfortable 2-0 win.

Coyle said : “His second-half performance against Wigan last week was terrific, and from that moment there was no doubt he was going to start today,”.

“He showed what a talent he is. There’s other stuff he can learn, but he’s brave and tough – he stood up to some of the treatment he got today – and he always plays with a smile on his face, which I absolutely love.”

Coyle revealed he has been a long-term admirer of the precocious 19-year-old and was determined to bring him in on loan from Arsenal.

“First and foremost I am a football fan and I want to be excited by some of the players I’ve got in my team, and Ryo Miyaichi certainly does that,” he said.

“In football terms he is a baby, a kid. I saw when Arsenal brought him in and then watched him on loan at Feyenoord last year, and he always caught my eye.

“I spoke to Arsene a few times about him and did everything I could to get him to the football club.”