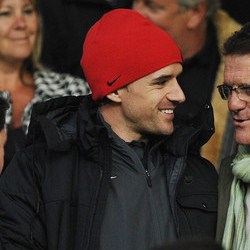 Reports have emerged that Manchester United midfielder Owen Hargreaves is set for a move to the MLS to join either of the two Canadian clubs.

The Calgary-born 30-year old has has suffered an injury plagued career and has struggled for game time, making just four English Premier League appearances in the past three years.

A move back to his country of birth to join either Vancouver Whitecaps or Toronto FC has been on the cards for some time now and recent reports suggest that it is almost certain to be done when his contract with United expires this summer.

Hargreaves has had horrible luck since he returned to England to play with the Red Devils after making close to 150 appearances for German giants Bayern Munich in between 2000 and 2007, during which time he represented England more than 40 times.