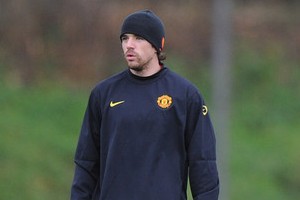 Bad news for all Manchester United fans as Owen Hargreaves has suffered a fresh injury setback after Sir Alex Ferguson removed him from the the club’s Champions League squad.

The move indicates that the England international midfielder is unlikely to feature again this season, and will almost certainly play no part in the World Cup.

The midfielder who can also play in defence has not played for 16 month because of chronic knee trouble, but United boss Alex Ferguson had indicated his desire to use the 29-year-old in this month’s last-16 tie against AC Milan.

However, the removal of Hargreaves means that he will not be involved in the Champions League knockout stages, with versatile defender Ritchie De Laet replacing him in the United squad.

Manchester United paid Bayern Munich £19 million for Hargreaves in 2007, but he has managed just 37 appearances for the Reds, and serious doubts exist over whether he will ever return to play at the highest level.