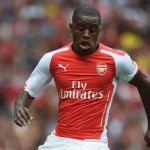 Zamparini failed in an attempt for Campbell last week – but is making a fresh bid today.

For his part, Campbell insists he’ll only agree to leave Arsenal if its a permanent sale.

The striker has also been linked with David Moyes’ Real Sociedad.