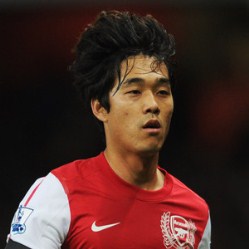 It has been revealed that Arsenal striker Park Chu-Young feels a lack of first team action could force him to leave the Emirates Stadium.

The South Korea captain has made just five appearances for the club this campaign.

“If the current state continues, we will have to look at the transfer market in the summer,” he said.

During the January transfer window it was claimed that London rivals Fulham made an attempt to loan the striker.

However, Park’s agent believes there was no official approach made.

“In the English media, it was reported that Arsenal had rejected a loan offer for Park.

“However, this was in contrast to what we heard from Arsenal. There was no loan offer during the transfer window.”