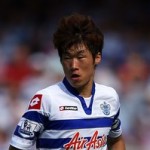 Park Ji-sung is linked with a return to PSV Eindhoven.

According to The Sun the 32 year old former South Korea international is set to continue the QPR exodus by returning to former club PSV Eindhoven.

It is said that the Dutch side are offering the former Manchester United star a one-year deal.

Ji-sung only made 25 appearance for QPR who was relegated to the Championship last season.