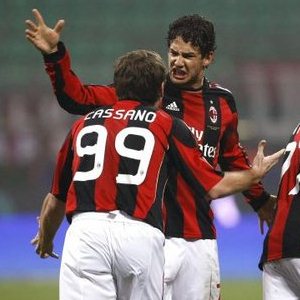 AC Milan striker Alexandre Pato has declared that he is confident of forming a lethal strike-partnership with teammate Antonio Cassano.

Pato said : “I wanted to play with Antonio for a while and now I can do it,”.

“I am happy. I only want to play, with or without Ibrahimovic.

“I can either play as a centre-forward or as a second striker, it depends on the Coach’s decision. I want to show my worth.

“Ibrahimovic is fundamental for us. It’s a big loss, but we have champions who can play well.”