Pato : We Will Do Our Best Against Manchester United 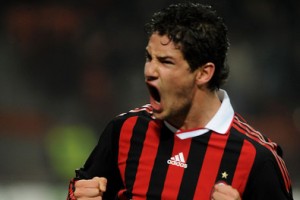 AC Milan striker Alexandre Pato has revealed that he sees his future at the San Siro.

Pato is once again fit and ready to face Premier League champions Manchester United tomorrow night in the Champions League.

The young Brazilian told reporters that: “I want to do well. I arrived at Milan as an 18 year-old, having played alongside a player like Kaka. Now I want to continue to be part of this club and take the field alongside great players like Ronaldinho, Beckham, Maldini, Nesta, Seedorf. … For me it is a dream come true.”

He added that the players are calm and know that they will do their best to win on Tuesday night.


Benzema To Be Fit For Champions League Clash Against Lyon