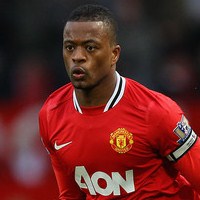 Goals from Antonio Valencia and Danny Welbeck gave the Reds three vital points, with both goals owing much to impressive wing play as Arsenal’s makeshift full-backs struggled to cope with being targeted.

Evra told Sky Sports : “I think (our gameplan) was to go straight forward, it makes a lot of pressure on the left-back and the right-back and that’s what we did,”.

“We made a plan to have a good shape and go forward on the counter-attack. We have done this many times when we play against Arsenal and that was the plan. ”

“We are still behind City but we have to keep going, keep winning games and I’m really confident in the team because everyone is working really hard and when we play with the United spirit it is difficult to beat us.”