Patrice Evra has declared that he is not nervous about today’s Champions League quarterfinals draw. 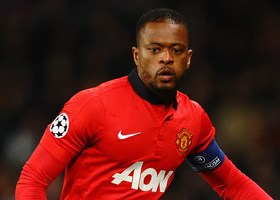 Although other big-hitting European clubs like Barcelona, Real Madrid and Bayern Munich all remain in the draw, which will take place on Friday at 11:00 GMT, the Manchester United fullback says the Reds can be a match for anyone.

The 32 year old told MUTV : “It’s a tough competition but I think we showed Manchester United is still alive, even though we lost a few days ago against Liverpool,”.

“We have fought back. Now, let’s see. We’ll take any team. When we play with that spirit we can do something big.”