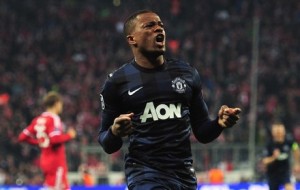 It was confirmed yesterday that the former England international defender would not be offered a new contract.

Evra told manutd.com: “Rio is a great player and has unbelievable composure on the ball. That’s really important for a centre-back. Whenever he has the ball he never panics. He’s also a very intelligent player; he always knows which position he needs to be in. For me to have played alongside him for so many years has been a privilege.

“We have won a lot of trophies together. He’s also a good guy and a good friend. For him to have played for over 10 years at United is a big achievement and in my opinion he is one of the best centre-backs in the world.”