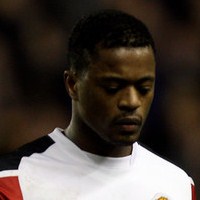 Interesting news are out and it has been revealed that Manchester United fullback Patrice Evra is set to earn a recall to the France squad.

According to PA Sport, France coach Laurent Blanc will select the former Monaco left-back in his squad for their upcoming games.

Les Bleus is set to take on Luxembourg for a Euro 2012 qualifier on March 25 before taking on the Croatians in a friendly in Paris four days later.

It will be Evra’s first international call-up since serving a five-match ban for his part in the infighting which contributed to the early exit from the World Cup in South Africa.