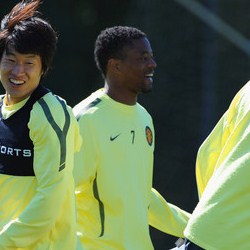 Bad news for all Manchester United fans as it has been revealed that the Red Devils may go into their title decider against Chelsea without influential defender Patrice Evra.

In the aftermath of last night’s Champions League victory over Schalke, the French international left-back collected a thigh injury.

The Daily Mail has now reported that Evra is a doubt for Sunday’s big game.

Evra’s absence gives Chelsea a boost going into the game with the likes of Salomon Kalou and Branislav Ivanovic in good form on Chelsea’s flank.