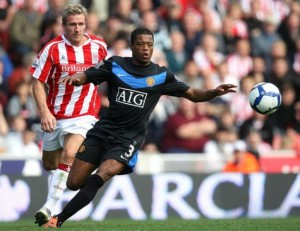 Manchester United and French international fullback Patrice Evra has admitted that he has concerns over the way the Premier League champions are defending this season.

After their 2-2 draw with Sunderland, Evra told reporters that the players are worried about the way the team defends in matches such as this.

Evra added that Manchester United have conceded a lot of goals and that he is not happy because he is a defender and his job is to defend.

Evra also said that if the team wants to win the league, he believes that it is important to keep clean sheets and be tight in defence.

Evra went on to say that last season Manchester United conceded a total of 24 goals in the league and that it should not concede more than that this season.