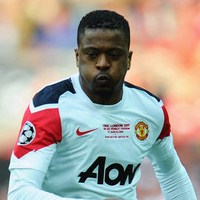 Patrice Evra has revealed that he wants to have another go at Barcelona after losing the Champions League final on the weekend.

The French international fullback and his United teammates were beaten 3-1 by the Catalan giants at Wembley.

However the former Monaco star hss not been deterred by the loss and admits he is keen to face Barca again next season.

“We are not afraid. I want to come back to the final and play against Barcelona again.

“Manchester United had a good season – not a great season because we didn’t win on Saturday night.

“But we have still won the league and we are going to win the league again next year, and make sure we win the Champions League as well.” Ashley Young Backing Man Utd To Get Back Into Title Race