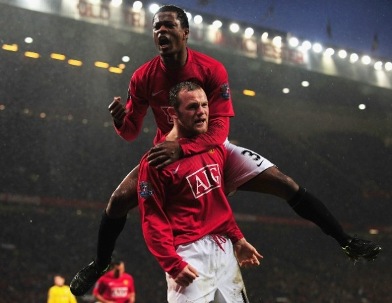 France international defender Patrice Evra has been given a licence to attack by Sir Alex Ferguson following the departure of Cristiano Ronaldo to Real Madrid.

The Manchester United left-back’s main focus was on defending when Ronaldo was making things happen for the Premier League champions but with the Portuguese superstar now plying his trade at Real Madrid, Evra has been told to get forward whenever possible.

The 28-year-old defender said that when you had Ronaldo in front of you, sometimes it was just tempting to give him the ball because you knew he could make something happen.

He also added that they would overlap at times but usually Ronaldo could manage on his own. Evra also said that this season, he has been getting forward a little more.

Evra also said that the club always like to play with attacking defenders but now it will see more of the full-backs in the final third. Wilfried Bony A Doubt For Sunday’s Derby At Manchester United Ryan Giggs pondering on life after hanging up his boots