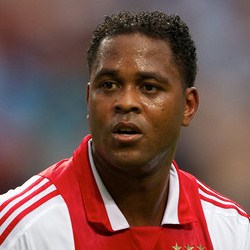 Kluivert, a friend of Van Persie, believes the 28-year-old would prefer a move to another European league.

Kluivert told talkSPORT : “It’s always difficult when you have won lots of things with a club because you want to go on and do it with another club,”.

“Don’t get me wrong, Arsenal is a great club but maybe he wants to move abroad to win the same things he’s done with Arsenal.”