It has been reported that Manchester City chief Patrick Vieira feels Chelsea could go through the season undefeated. 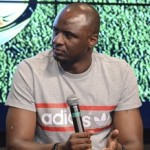 Vieira and Arsenal created history by going through the entire Premier League season undefeated in winning the title in the 2003-04 campaign.

Arsenal’s unbeaten 38-game season consisted of 26 wins and 12 draws, and Vieira added: “I think a team will do better than that, but how long it will take we don’t know? Maybe, Chelsea.

“I think one day that record will be beaten. I think that Chelsea look really promising. They have not specially played well but they keep winning and they look really strong.

“Physically, Chelsea look one of the strongest teams in the Premier League. They’ve got quality in [Eden] Hazard, [Cesc] Fabregas is back to his best and [Diego] Costa is scoring goals. So Chelsea look good.” Arsenal To Send Carl Jenkinson Out On Loan Next Season