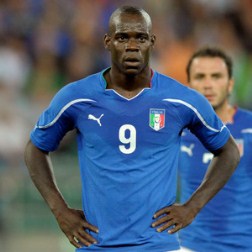 Question marks have been raised over his temperament. Vieira, though, believes the 20-year-old is ready to shine.

“People forget how young he really is,” he said.

“I hope this year he will learn from his mistakes. He is a really talented footballer and I hope he can show everybody how good he is.

“I believe we improved last season, winning the FA Cup and finishing third, and I believe we can challenge Chelsea, United and the rest of the teams.”