It has been reported that Aston Villa boss Paul Lambert was delighted with their 1-0 win over Chelsea. 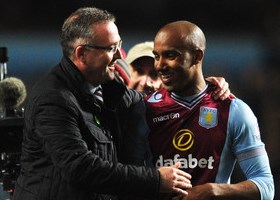 The Blues surrendered the initiative to Manchester City in the Barclays Premier League title race thanks to Fabian Delph’s 82nd-minute winner.

Lambert was happy to see his team win successive home games for the first time since August 2010.

He said: “I thought we were outstanding, regardless of any decision.

“The Willian red card didn’t change game. We did well before it and we deserved the win.

“We were absolutely outstanding. They are top side vying for the league and the Champions League.”