Reports are out claiming that Arsenal hero Paul Merson believes the players will be affected by their low key transfer window. 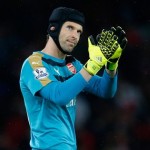 Merson wrote in the Daily Star: “Arsenal had a shocker of a transfer window and I think their players know it.

“I have been in dressing rooms before where you have not won the league and you don’t buy players – and you know you are not going to win it again.

“It puts severe pressure on the players and whatever they say at Arsenal, I bet those players know they will not win the title this season.

“Does Arsene Wenger really think you can finish that many points behind Chelsea last season and get past them this time just by buying Petr Cech?” Oxlade-Chamberlain : I Learnt So Much From The Euros!