It has been revealed that Paul Pogba has admitted that he is staying on the sidelines of new contract talks with Juventus. 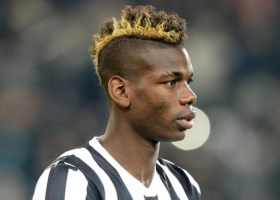 The former Manchester United midfielder spoke about his negotiations after winning the Golden Boy yesterday.

“I have no news about [a contract extension]. I signed with Juve until 2015. I am focused on playing well now, I don’t worry about tomorrow.

“You’ll have to ask the President, the Coach and my agent about that.” Paul Pogba Will Be Better Than Me – Patrick Vieira