Reports are out claiming that Paul Pogba is demanding to be among the highest paid players in the game if he is to join Chelsea. 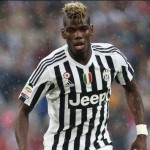 The Daily Star reported that the French international has told Chelsea he wants to be paid a staggering £318,000 A WEEK to join them.

The champions have bid a British record £73m for the Juventus midfielder.

French ace Pogba has already been promised £8.8m a year after tax by Barcelona, who want to land him next year when their transfer embargo ends.

So Pogba has let it be known he wants that astronomical figure matched if he is to move to Stamford Bridge.

British tax rates mean the Blues would need to pay Pogba £318,000 a week, meaning a total salary package of a £82m over the course of a five-year contract.

Chelsea are continuing to work on a deal for the 22-year-old with one source close to the club saying: “It’s only about the money.”