The agent of Paul Pogba suggests his client is the most expensive player in world football. 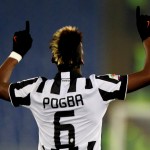 The France international midfielder, who is starring in Serie A, joined Juventus from Manchester United for free in the summer of 2012 but his representative Mino Raiola believes he would now be the player with the highest price tag on his head.

“No, it is not possible to establish a price,” was Raiola’s response when asked to value Pogba.

“Today [Pogba] is the most expensive player in the world.

“Pogba is a world star and now Juventus are strong enough to hold him long. That’s why we extended (his contract), even if it is difficult to retain the stars in the Italian championship.”

Raiola’s comments suggest that he believes Pogba is worth more than Real Madrid’s Gareth Bale, who was purchased from Tottenham for £85.3million last summer, and Cristiano Ronaldo who cost the Spanish giants £80m back in 2009.