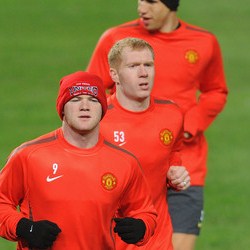 Paul Scholes has told Alex Ferguson that he will sign a new one-year deal with the club.

The veteran Manchester United midfielder, now 36, earlier had given hints that he could retire in the summer.

However the former England international now he is poised to extend his incredible Old Trafford career to a 17th season.

It is said that Sir Alex convinced Scholes that he has a vital role to play despite being limited to just 11 Premier League starts this term.

Scholes can expect to pick up bonuses along with a £60,000-a-week pay packet.

Fellow veteran Ryan Giggs, 37, has signed a new one-year contract but Ferguson could not stop defender Gary Neville, 36, from calling it a day this month.

Fergie is convinced Scholes’ experience, alongside the club’s younger players, will be a huge asset next season.