Manchester United legend Paul Scholes says that Arsenal midfielder Jack Wilshere is being played out of position by England. 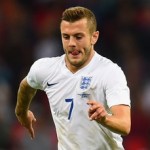 Wilshere was utilised in front of the back four for the Three Lions against Switzerland and Scholes feels that his talent is being misused and wasted due to both Hodgson and Arsene Wenger constantly switching the 22-year-old’s role in the side.

Writing in his column in The Independent, former Manchester United and Three Lions midfielder Scholes said: “I still have my concerns about the diamond formation in midfield (for England) and most of all about Jack Wilshere’s role in it.

“Don’t get me wrong, Jack has great ability and at some point I hope that he will be in a position to score goals and to create them.

“But I just do not believe that playing in front of the back four, on his own, suits him.”