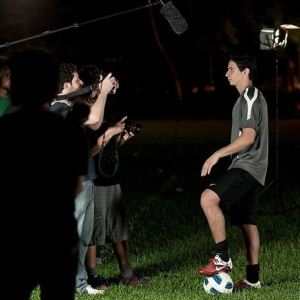 This is the Nike advertisement for Brazilian starlet Paulo Henrique Ganso who have been out for six months after a knee surgery.

Ganso suffered his first injury in 2007 which sidelined him for six months. The talented midfielder however made his return but suffered another injury in 2010, this time to his left knee.

He was once again ruled out for six months after surgery but the Brazilian star is back and reiterated his commitment to Santos and the Brazilian national team.

Ganso took the opportunity to thank all his fans and vowed to score more goals in the future.