Reports are out claiming that former West Ham United star Trevor Sinclair believes that Dimitri Payet has been as influential for the Hammers as Mesut Ozil has been for Arsenal. 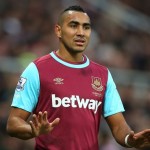 Sinclair claims that the East London club’s summer signing from Marseille belongs in the same level as the World Cup winning German playmaker.

The 28-year-old has been superb for Slaven Bilic’s side this season as they continue to keep pace with the top teams in the Premier League.

“I think Ozil is a special player,” Sinclair said speaking exclusively to 888poker.com.

“He’s a world cup winner and he’s been very instrumental in Arsenal’s play this year but I also think Payet has.

“The fact that he’s come into the Premier League in his first season and been as influential and got as many plaudits as he has shows we are talking about a top, top player.

“Arsenal has a superior squad and are going for the title this year whereas Payet doesn’t have as strong a squad around him yet he’s still been exceptional in the chances he’s creating.

“He works hard for the team, he’s possibly more dangerous scoring goals than Ozil, and I definitely feel comfortable putting them in the same breath.”