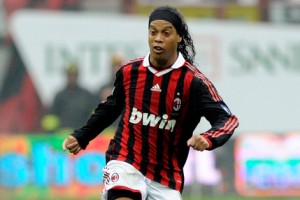 Brazil’s football legend Pele has revealed that Ronaldinho’s experience could have a calming effect on Brazil’s youthful World Cup side if coach Dunga recalled the 30-year-old to the squad.

Three-times World Cup winner Pele said that he would definitely pick Ronaldinho, who turned 30 on Sunday and has played at two finals, helping Brazil win their fifth title in 2002.

Pele also praised Dunga’s record but was concerned about a possible lack of World Cup experience among the players expected to be picked for the squad.

Ronaldinho, who last played for Brazil last April, has been in good form for AC Milan this year but despite speculation about a return to the national team he appears out of Dunga’s plans.