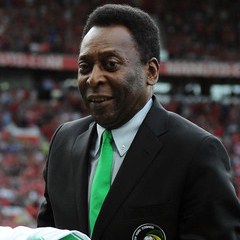 Pele has revealed that he is not totally impressed by Barcelona star Lionel Messi.

The Brazilian legend says he’s a fan of Messi, but insists the Argie faces a hard task to equal him.

“Technically speaking, we are practically at the same level,” Pele told Le Monde.

“We have both received a gift from God.

“Records are made to be broken, but it will be hard to break mine. When Messi has scored 1,283 goals and won three World Cups, then we will talk.

“People ask me all the time when there will be a new Pele. I tell them: ‘Never’. My parents shut down the factory.” Laporta Determined To Sign Pogba For Barcelona Ahead Of Man Utd, Real Madrid