It has been revealed that Manchester City boss Manuel Pellegrini has taken a swipe at Chelsea rival Jose Mourinho ahead of tonight’s clash. 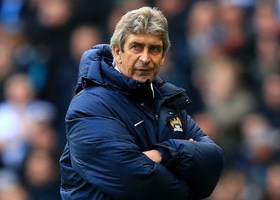 The Chilean says he would never criticise an opposing team for their tactics the way a frustrated Mourinho did after Chelsea had been held to a goal-less draw by West Ham last week.

He said: “No, I never criticise what other teams do. I think it is very important for every team to resolve the problem that opponents put in front of them in every game.