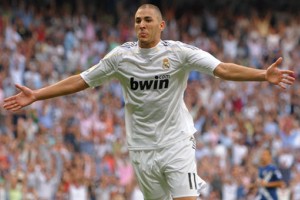 Real Madrid coach Manuel Pellegrini has revealed that he is ready to make a shock selection for the El Clasico against champions FC Barcelona.

Local newspapers have reported that Pellegrini will drop Raul and Gonzalo Higuain to the bench and select Karim Benzema to lead the attack at the Nou Camp. Higuain scored the winner in the Champions League win over FC Zurich, while Benzema failed to take the field on the night.

Benzema has scored four goals in 13 games, while Higuain has seven from the same amount.

Even more concerning is the statistic that shows Benzema averages a goal every 244 minutes this season, while Higuain is averaging one every 112 minutes. Isaac Cuenca Out For Four Weeks With Hamstring Injury