Bayern Munich boss Pep Guardiola believes Arsenal’s plethora of midfielders are capable of doing damage when his side take them on this week. 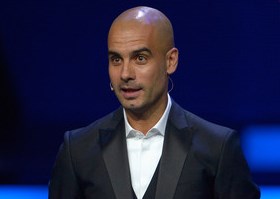 The Gunners will host Guardiola’s Munich in the Champions League Round of 16 on Wednesday and the Spaniard is expecting a difficult test from Arsene Wenger’s varied combinations in the centre of the pitch.

“The last eight, nine or 10 years they have been in the Champions League and they are a special team with (Santi) Cazorla, (Mesut) Ozil, (Jack) Wilshere, (Alex) Oxlade-Chamberlain, (Aaron) Ramsey,” he said.

“They always have good midfield players, with combinations. You have to be good in both sides in our defensive movements and try to understand their game.”