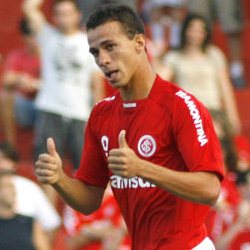 Interesting transfer news are out and it has been revealed that Barcelona coach Pep Guardiola remains keen on Internacional striker Leandro Damiao.

The Brazilian international striker attracted two bids from Premier League side Tottenham earlier this summer before penning a new deal with Inter.

According to Sport, Guardiola remains a fan of the young Brazilian and will have scouts check on him in Germany during the Audi Cup.

Barca are yet to find a new striker signing for Guardiola this summer.

Sergio Aguero On The Verge Of Joining Manchester City


Thibaut Courtois Willing To Wait For His Chance At Chelsea