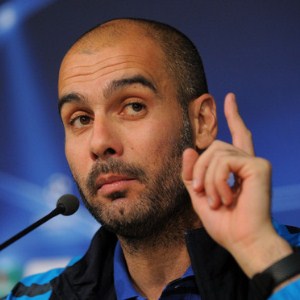 Reports have surfaced that Barcelona coach Pep Guardiola has launched a foul-mouthed attack on Jose Mourinho.

Guardiola said: “Jose permitted himself the luxury of calling me Pep so I’m going to call him Jose. Which one is his camera?

“In this room Mourinho’s the f***ing chief, the f***ing boss. I do not have to compete with him in here. If Barca want someone to compete in here then they should hire another manager.

“I could bring up 300,000 pieces of paper with things to complain about but I don’t have enough paper.

“He has won the battle off the pitch. I want to compete on the pitch. He won the Press conferences.

“He’s much better than me off the pitch. I represent an institution that believes this is not the best way to do things.”