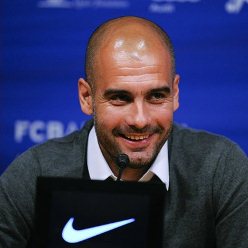 Barcelona coach Pep Guardiola, who led the club to unprecedented heights with a brand of football widely regarded as the closest to perfection the game has seen, will leave at the end of the season and be replaced by assistant Tito Vilanova.

Guardiola’s decision to step aside to rest and recuperate brings to an end a four-year tenure during which he led the Catalans to 13 trophies, including two Champions League triumphs and three straight Spanish La Liga titles.

The announcement on Friday at an emotional news conference at the Nou Camp, with Guardiola flanked by president Sandro Rosell and sporting director Andoni Zubizarreta, came after months of speculation over the 41-year-old’s future.