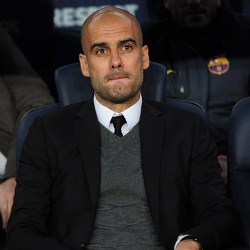 According to reports from BBC Sport, Pep Guardiola is understood to be on the brink of ending his tenure as manager of Barcelona after telling the club he cannot carry on.

It is said that the 41-year-old Catalan will announce his intentions at a press conference at the Nou Camp on Friday afternoon.

And barring a last-minute change of heart, Guardiola is expected to confirm his departure from the club he has led to two Champions League titles.

It is also said that Guardiola has arranged to meet his players on Friday morning.