It has been reported that Bayern Munich coach Pep Guardiola is interested in signing Chelsea defender David Luiz. 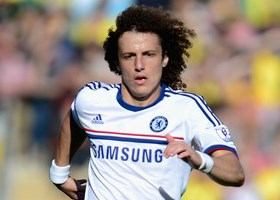 According to A Bola, Guardiola has followed the Brazilian international star since he was in charge of Barcelona and hopes to bring him to Germany.

Bayern chiefs have agreed to find a new defensive signing in January and Guardiola has recommended the Brazilian to his board.